I will introduce Miraikan near ‘Daiba’ that is famous for FUJI TELEVISION, GUNDAM FRONT, OEDO-ONSEN MONOGATARI. 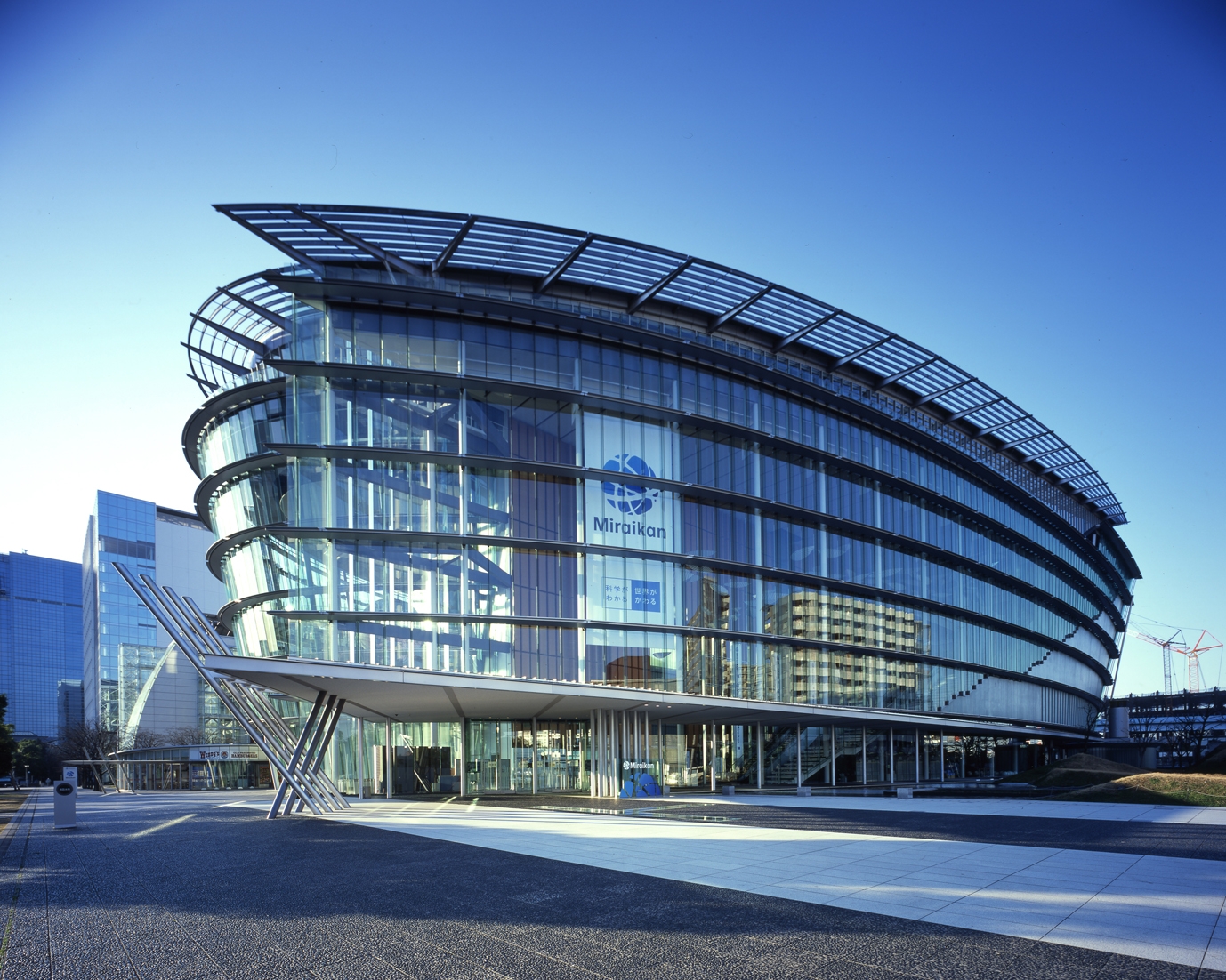 Miraikan is a museum but not an ordinary one. It is an interactive science museum equipped interactive Permanent Presentations, Exhibition, Experiment classes, Talk Sessions, the Japanese first whole-sky/all-around planetarium with extremely precise movie system, which both adults and children can enjoy themselves. And then, in this facility, a permanent exhibition has opened on April 20th this year. 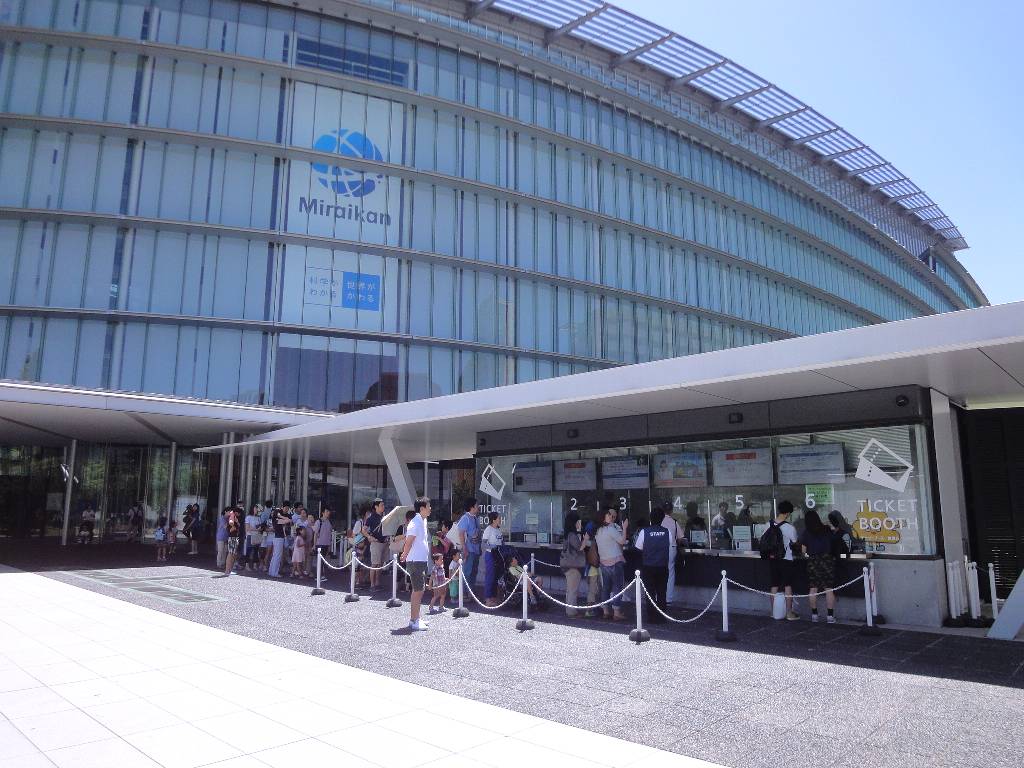 First, you can buy the tickets at this booth which is in front of the entrance to enter the building. Admission fee is 620 yen per 1 adult. On holidays and national holidays, it may be crowded, so I recommend you to go the different day or time such as on weekdays or in the holiday’s morning. 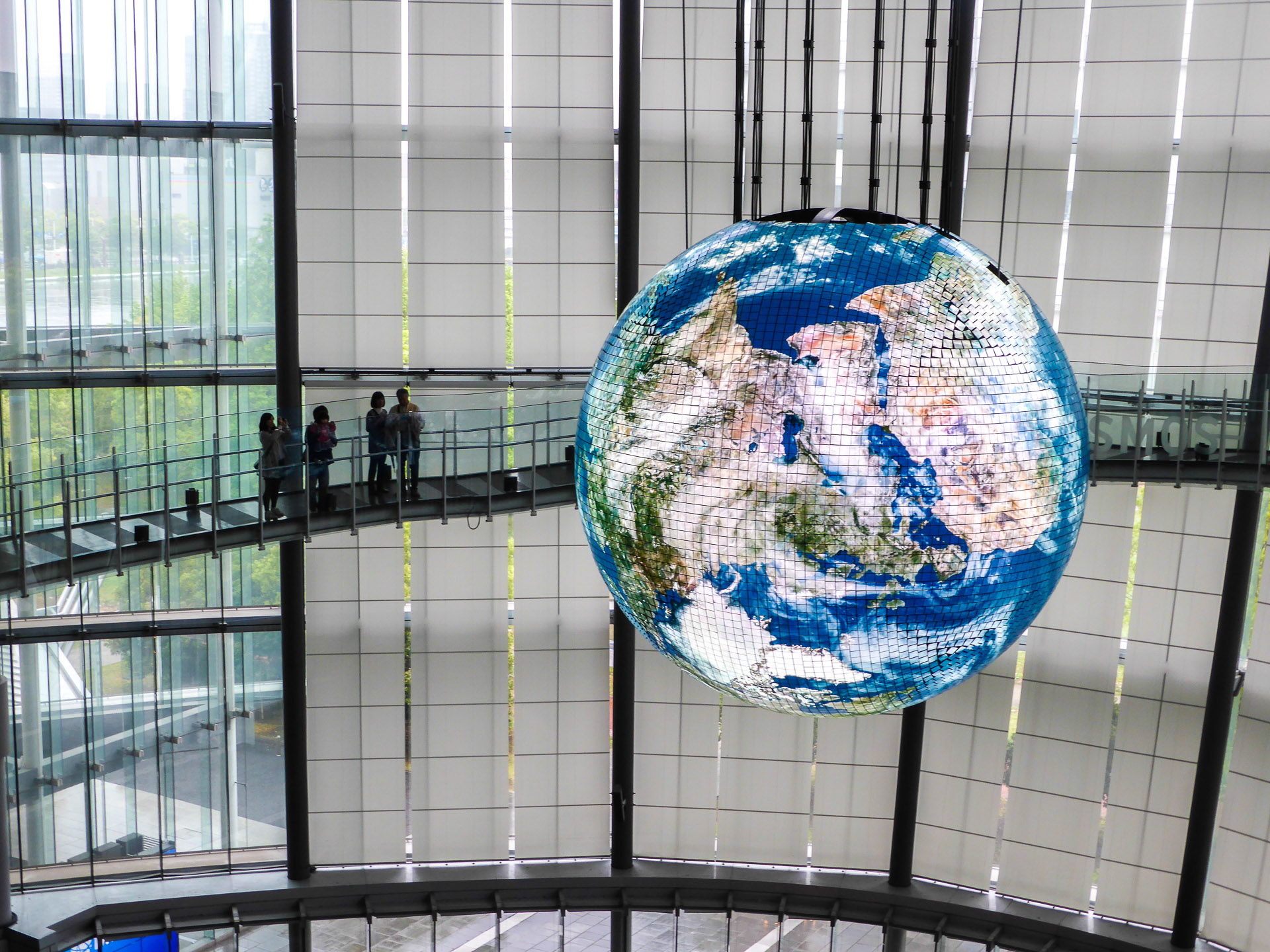 After the building, you can see this Globe-like model, Geo-Cosmos which is a symbol of Miraikan. This model , which is made with the concept‘share with people the sight of our beautiful Earth as seen from space’, is everyday projecting the pictures of past 90 days by weather satellite. While watching it, I could see the clouds moving actually over the Earth indeed and they were also powerful. 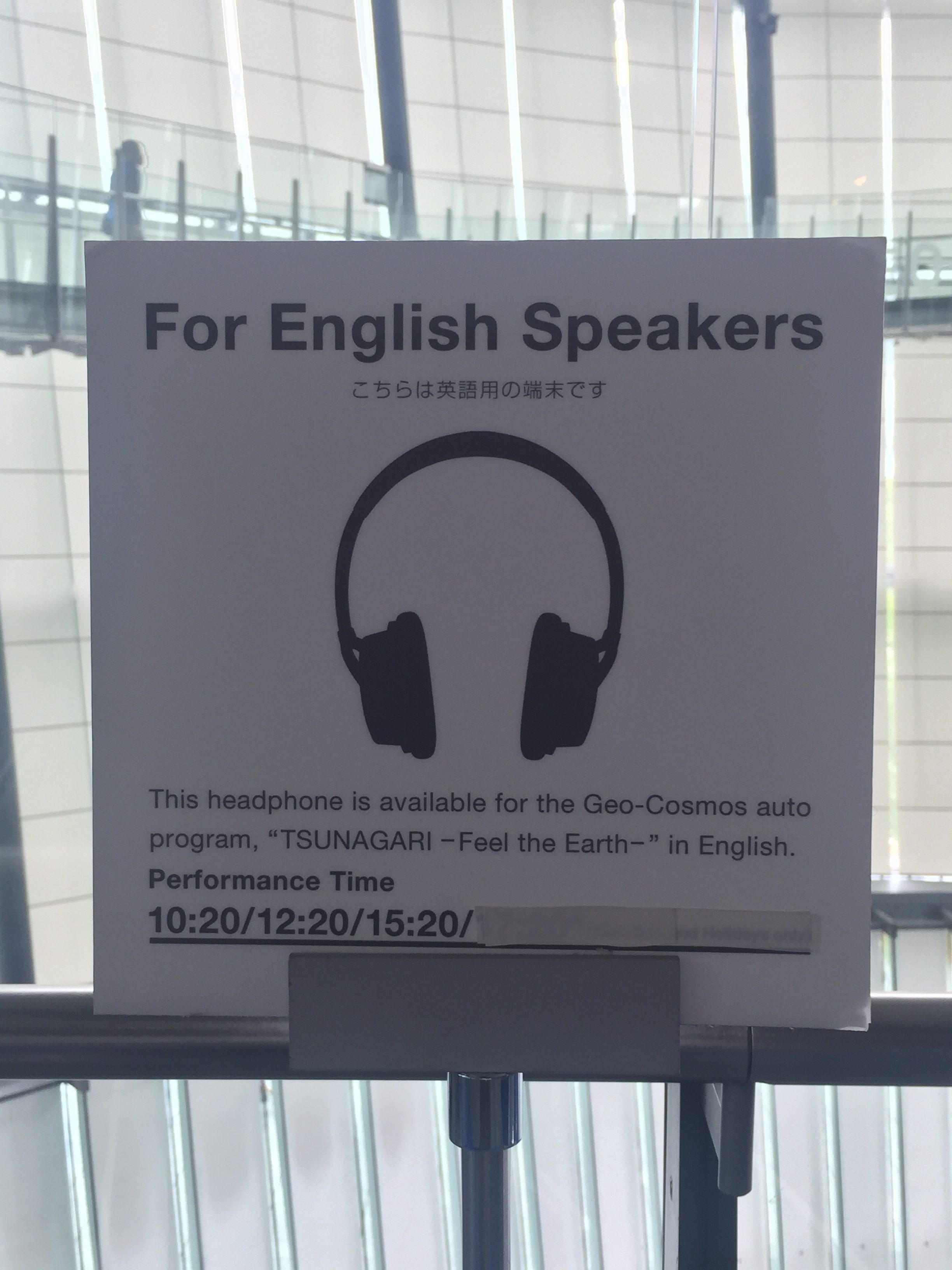 In the building there are many voice guides and English leaflets. Even foreign tourists can enjoy as same as Japanese, I suppose. 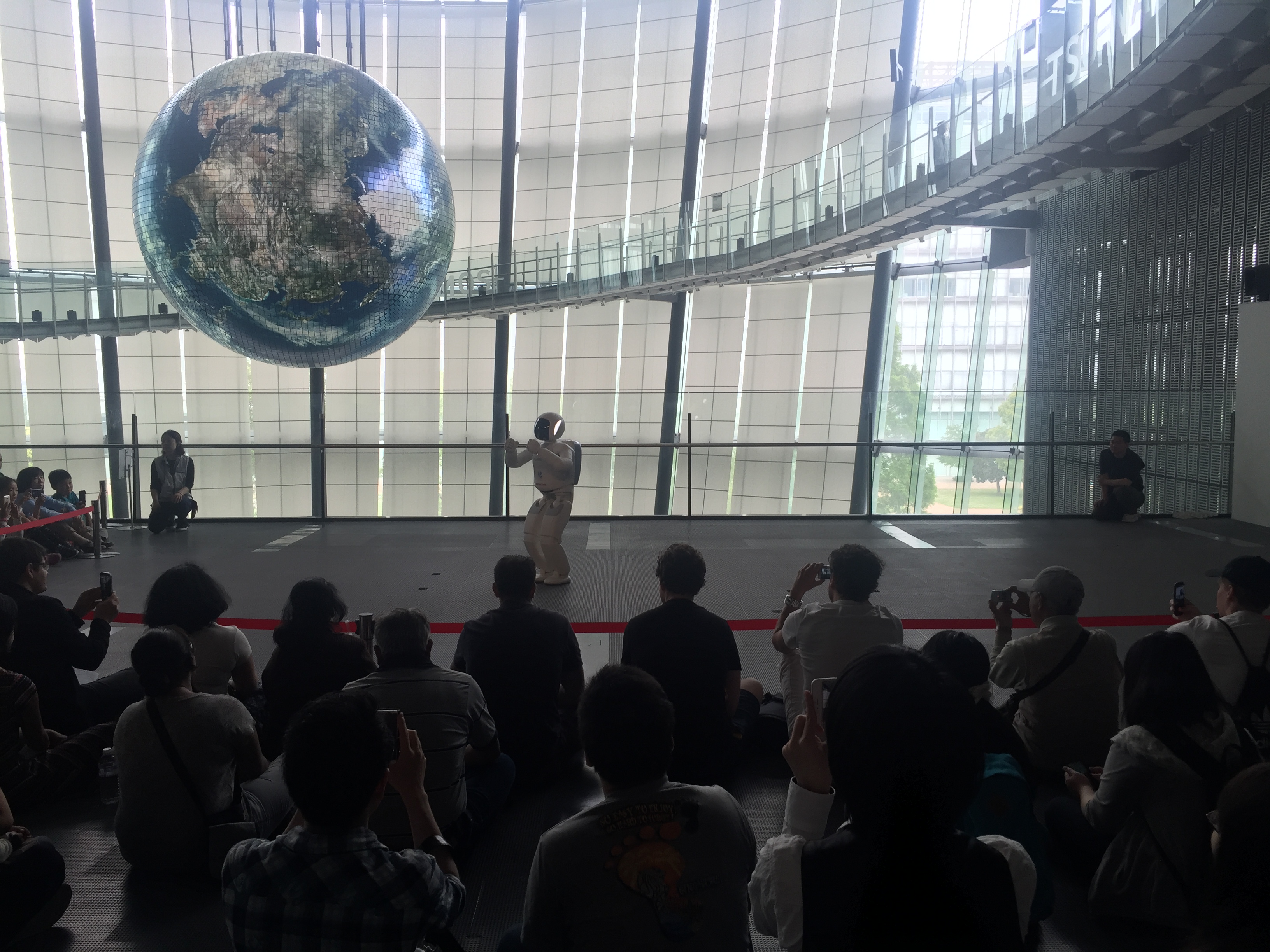 There are also many events every day. This is an event to show ASIMO, Honda’s forefront robot. The staff talked clearly and I thought this event was enough from beginning to the end indeed. After the talks of the staff I could hear English SAP. 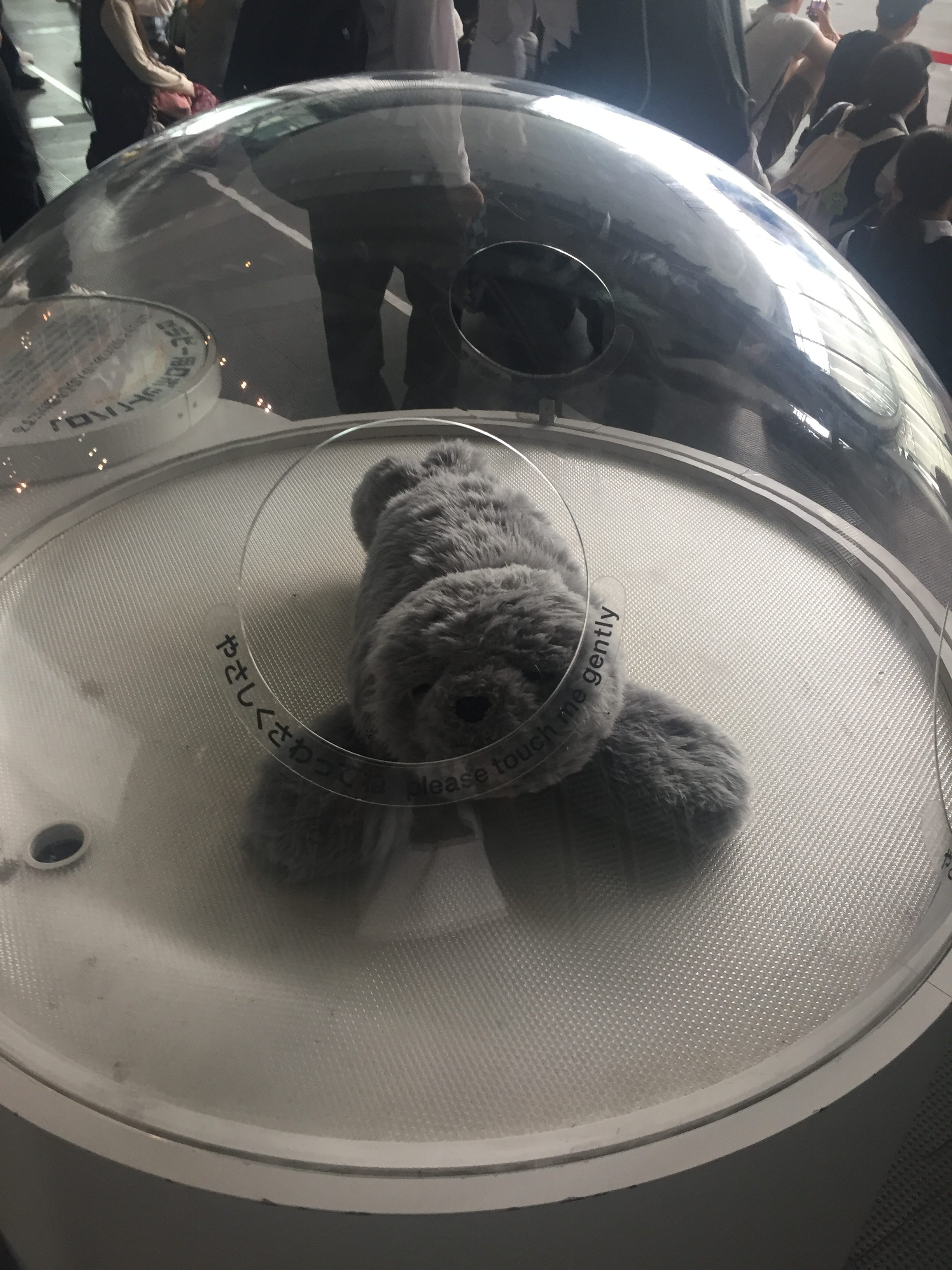 This is a therapy robot PARO which was known a little through news at the past. You can freely touch it. PARO actually moved and said something so that I thought as if I touched a real baby seal.

Then, from now, let’s look the exhibitions to be renewed. After being renewed, 6 exhibitions have opened.

Today, let’s watch about Mission Survival: 10 Billion and Backward from the Future, which I was interested in. 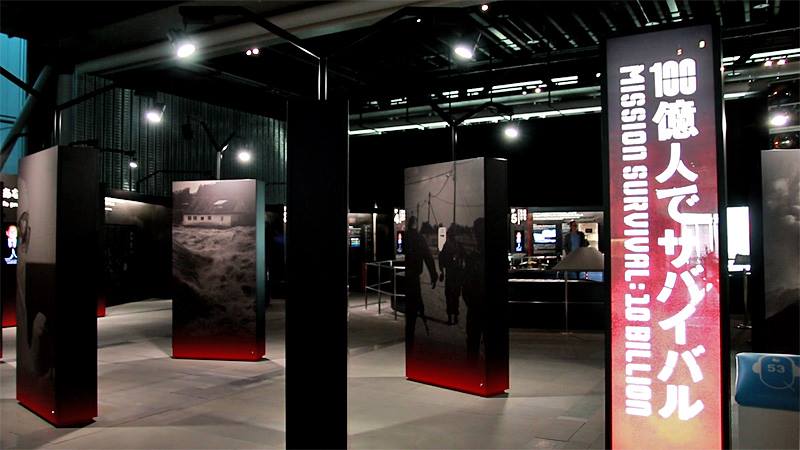 At MISSION SURVIVAL: 10 BILLION, you can understand the system and the damage from earthquakes, eruptions, increase of infections, extraordinary weather, and the other disasters. I could consider what we who live in the 21st century should do for our future. 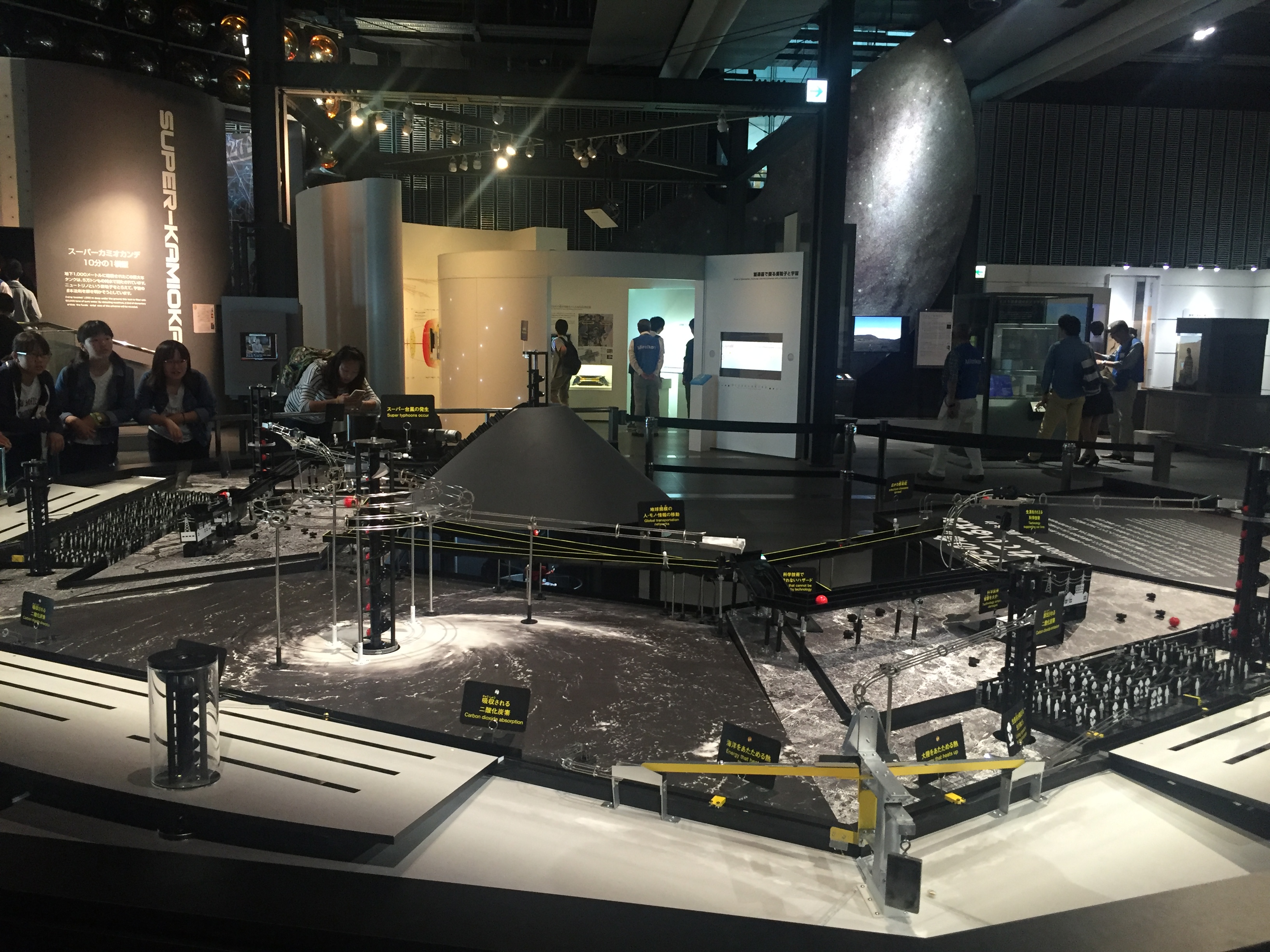 You can find the system of disasters with models. I suppose little children can easily understand it. 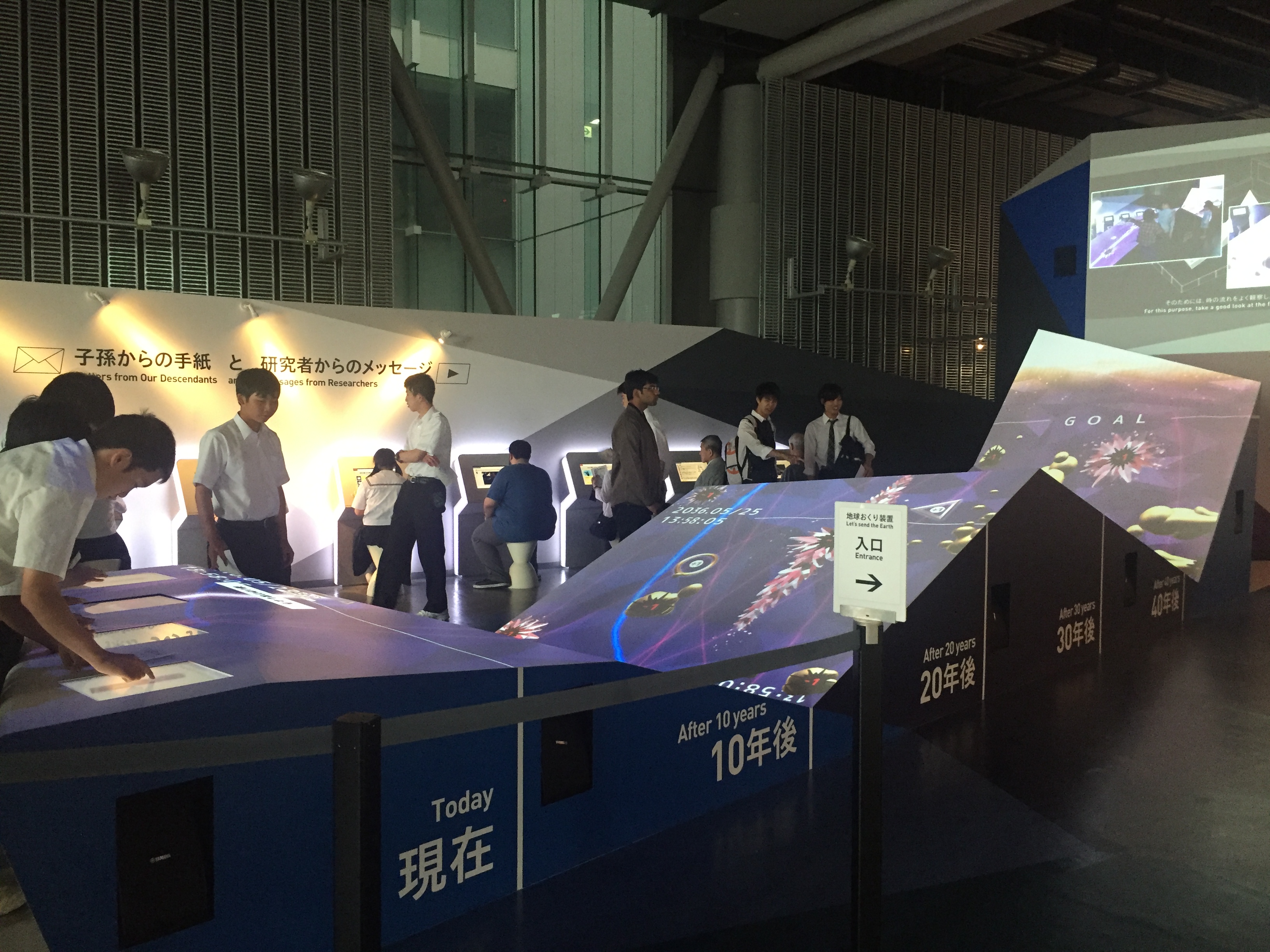 Backward from the Future is an exhibition that you can experience in interactive games on what kind of Earth you will be able to send for your descendants 50 years from now. I played the game, too, and was able to think seriously what we should do now for our future.

What do you think about Miraikan? I didn’t introduce today but I think you can enjoy in the various way such as a new-built dome theater or the other exhibitions. In the building you can experience so many activities that adults and children can absolutely enjoy and learn. If you go sightseeing to Daiba, please visit Miraikan!