Do you know Fushimi-inari shrine in Kyoto?

It is a representative sightseeing spot in Japan, where TripAdviser introduce as the best spot that is so popular with foreign tourists, isn’t it?

Especially, the gate which is called torii, is standing in a row is popular, I suppose. 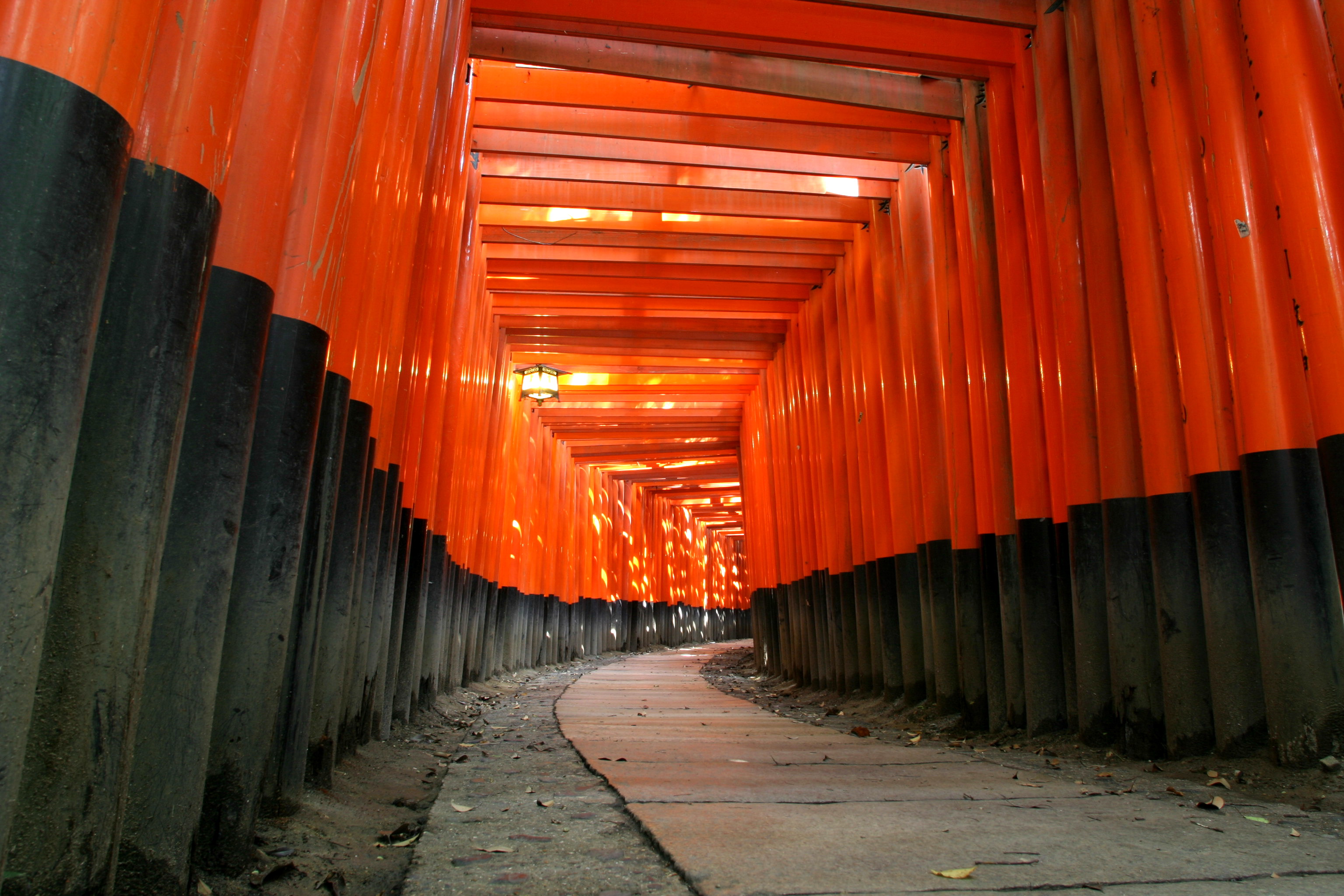 This row extends up to the highest point so you can feel so good whatever you have never done if you visit actually. This is one of the sightseeing spots which I want to recommend.

But it is further from Tokyo to Fushimiinari-taisha in Kyoto, it means it takes about 3 hours by Shinkansen, in addition, the one way fare is more than 10,000 yen (about $100), and therefore you must pay too much time and costs.

So now I introduce Nezu Shrine to the people who want to watch or feel the exotic and also really Japanese-like sight even in Tokyo. 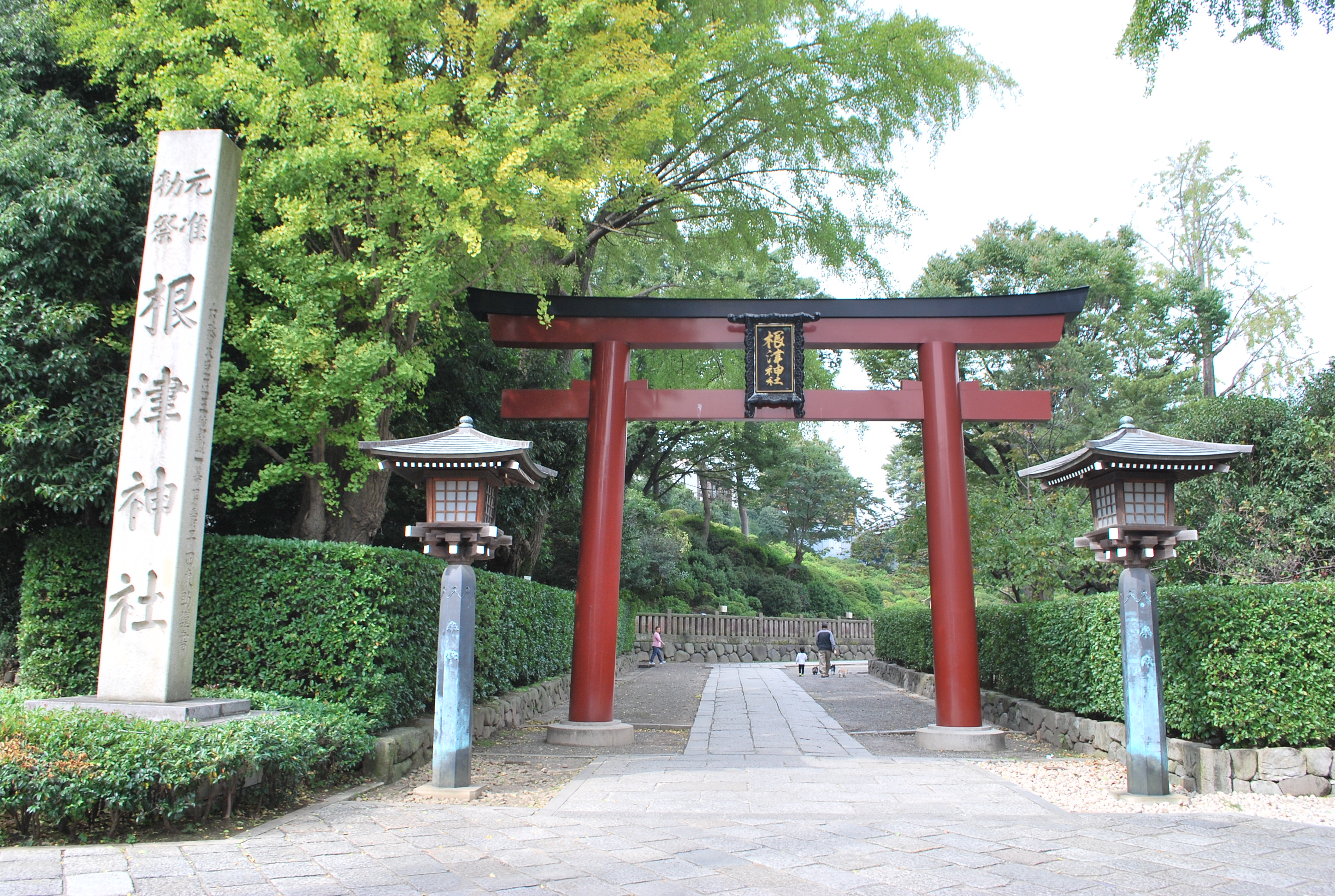 You can go there on foot for around 8 minutes from Nezu station on Chiyoda line, Metro. It is located around YANESEN area where many foreign tourists tend to visit these years. That is torii in a row. 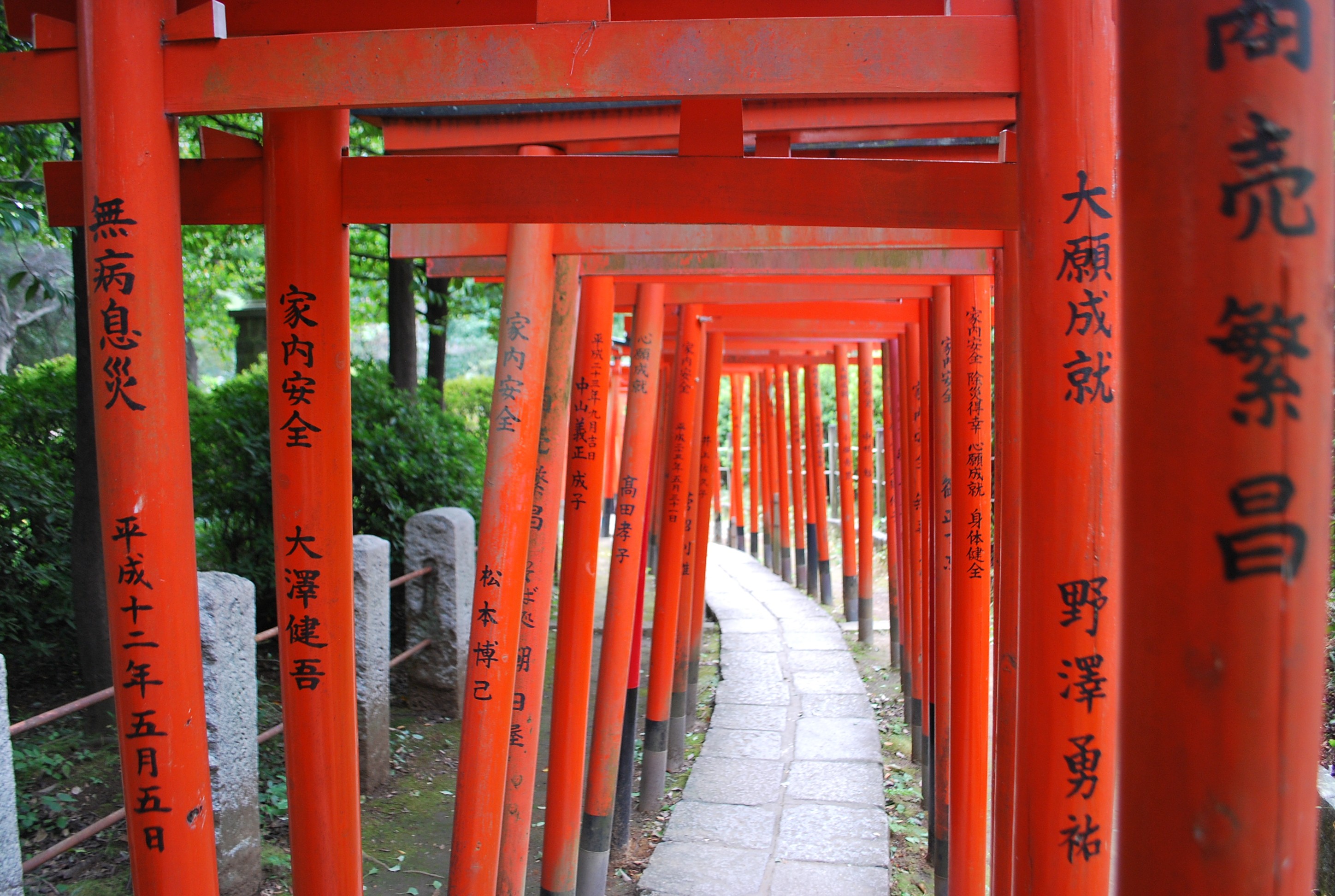 The size is smaller than Fushimiinari-taisha in Kyoto definately, however, it is exactly better if you go sightseeing only around Tokyo. There are more and more fascinations. 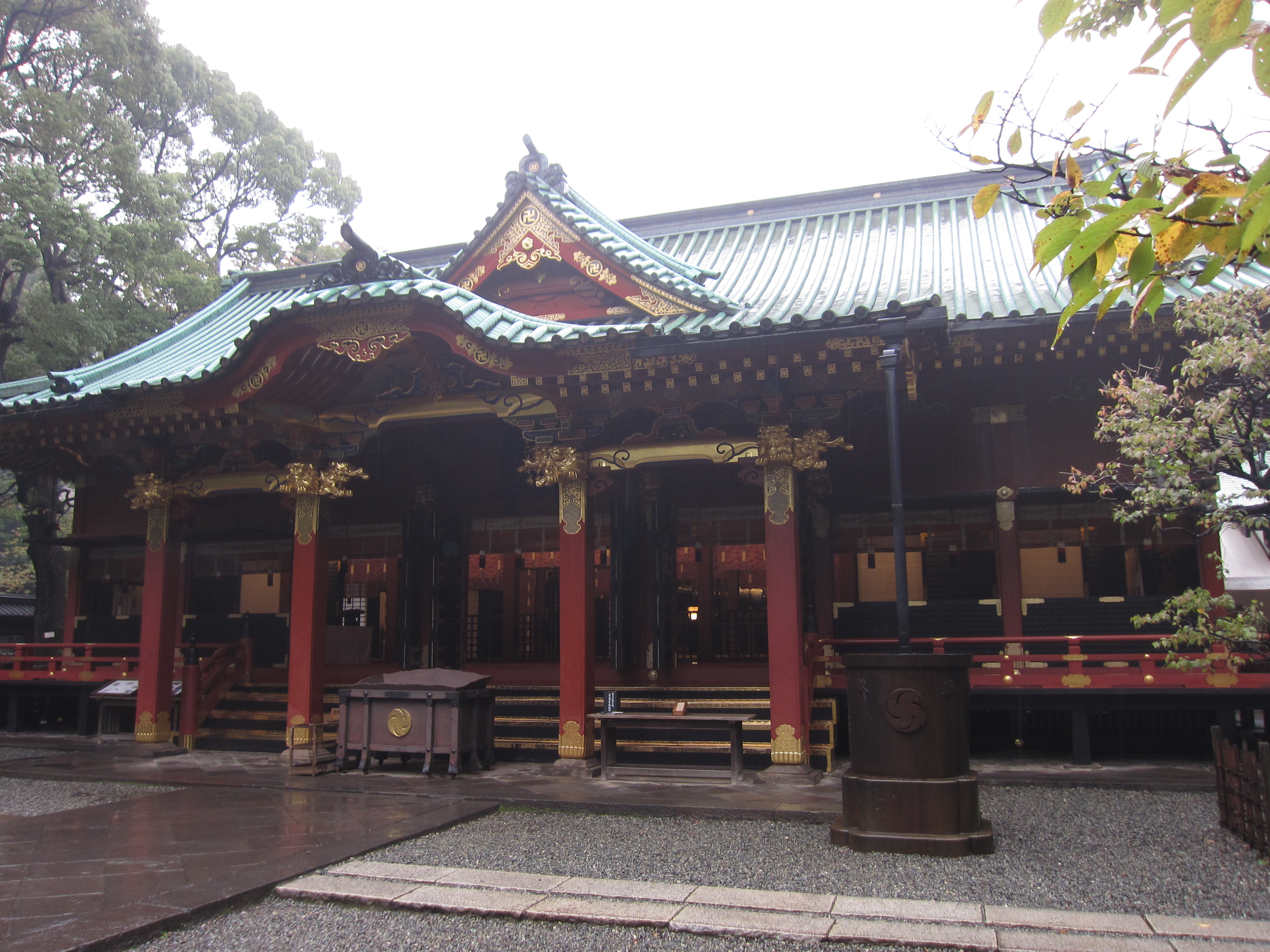 The main building which is called Honden.
It is proudly the biggest as a shrine’s architecture in Edo era, among beautiful Gongen architectures in all urushi paintings. It is selected Japanese so that the building is very tight and hard. All the buildings such as honden, heiden, haiden toumon, nishimon, touhei, sakuramon still remain; therefore, I can feel the atmosphere in Edo era about 300 years ago.

Next, I introduce famous azaleas in Nezu Shrine.

Azaleas are flowers planted all over Japan that everybody knows, and we can see them anywhere such as parks, schools, shrines, and so on. 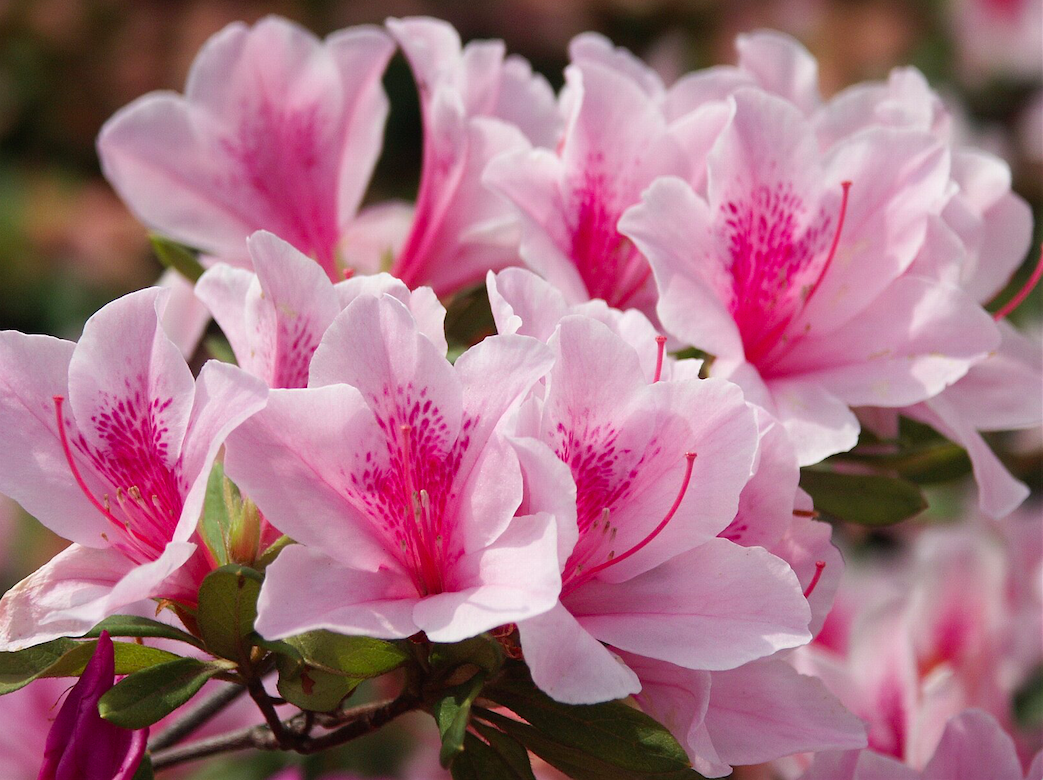 The flowers are pretty pink like the picture above. In Nezu Shrine, about 100 kinds of azaleas are planted and surprisingly the number of them are surprisingly 3,000. I quickly went to see the situation of the azaleas of today (April 10th). 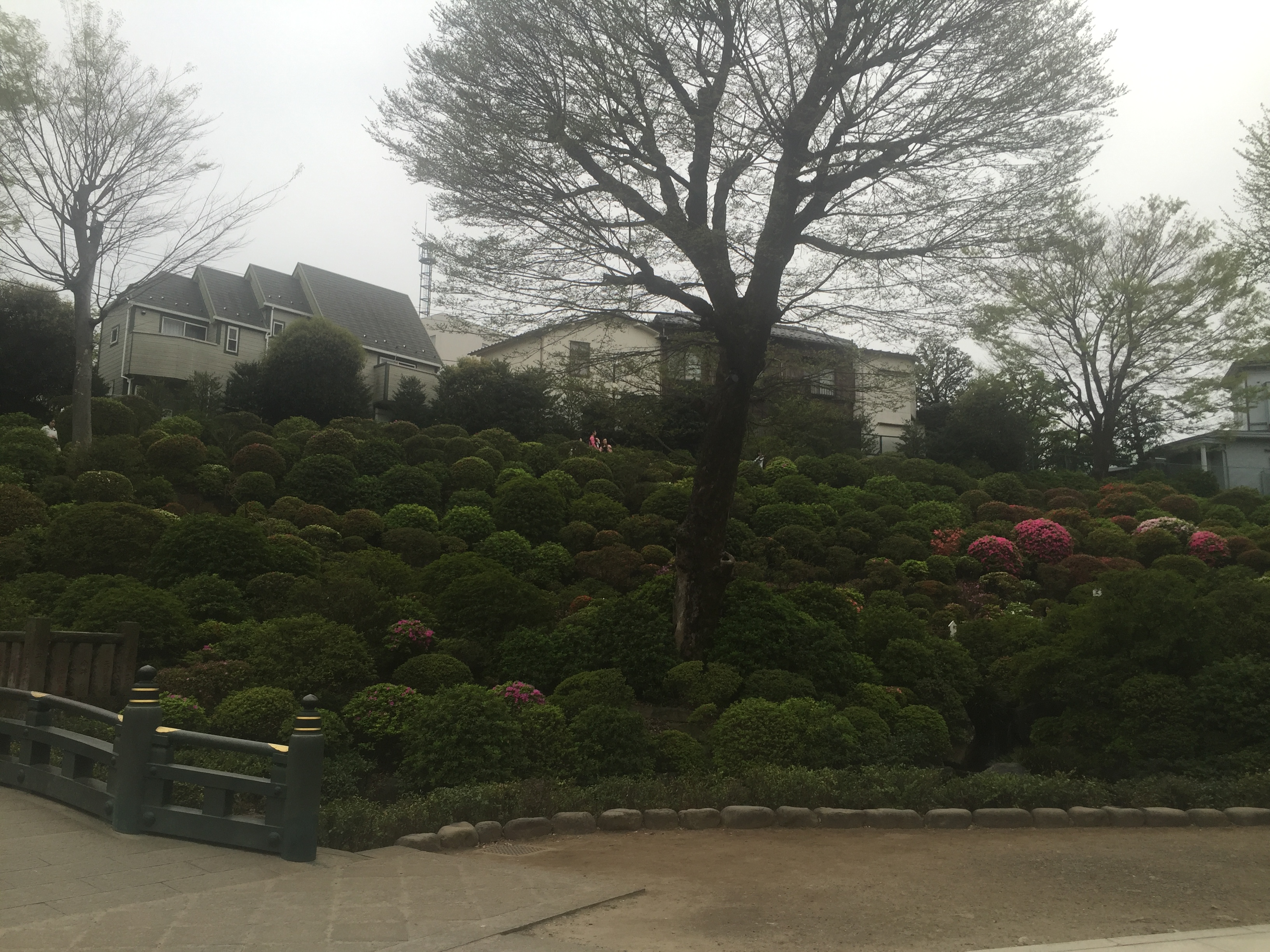 This is its photo. Unfortunately, I couldn’t see the flower blooming. But every year, I mean, the end of April, we can see them like this photo at the next photo. 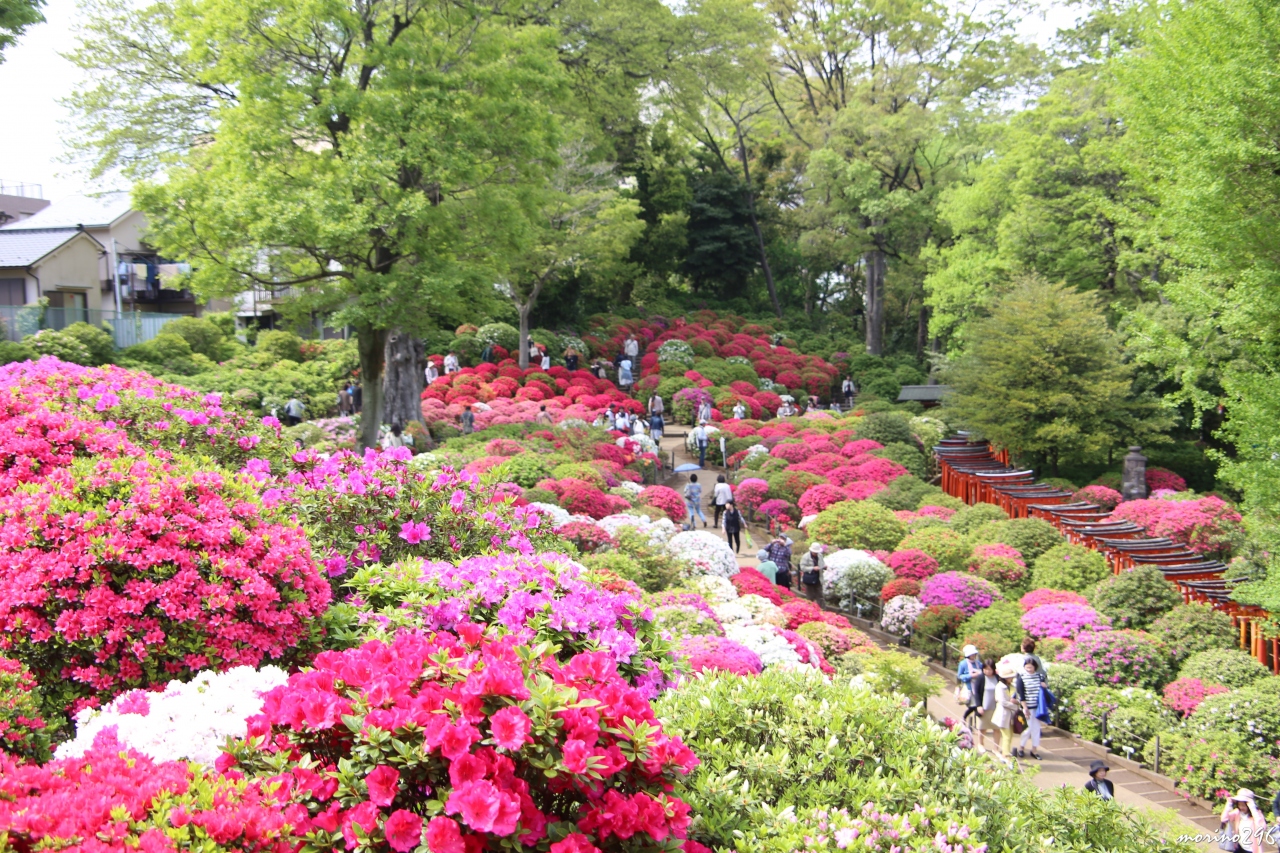 What a beautiful sight! I wanted to go there this term. In Nezu Shrine, they hold azaleas festival called Bunkyo tsutsuji matsuri , and this year it is hold from April 9 Saturday to May 5 Thursday. (200 yen must be charged) 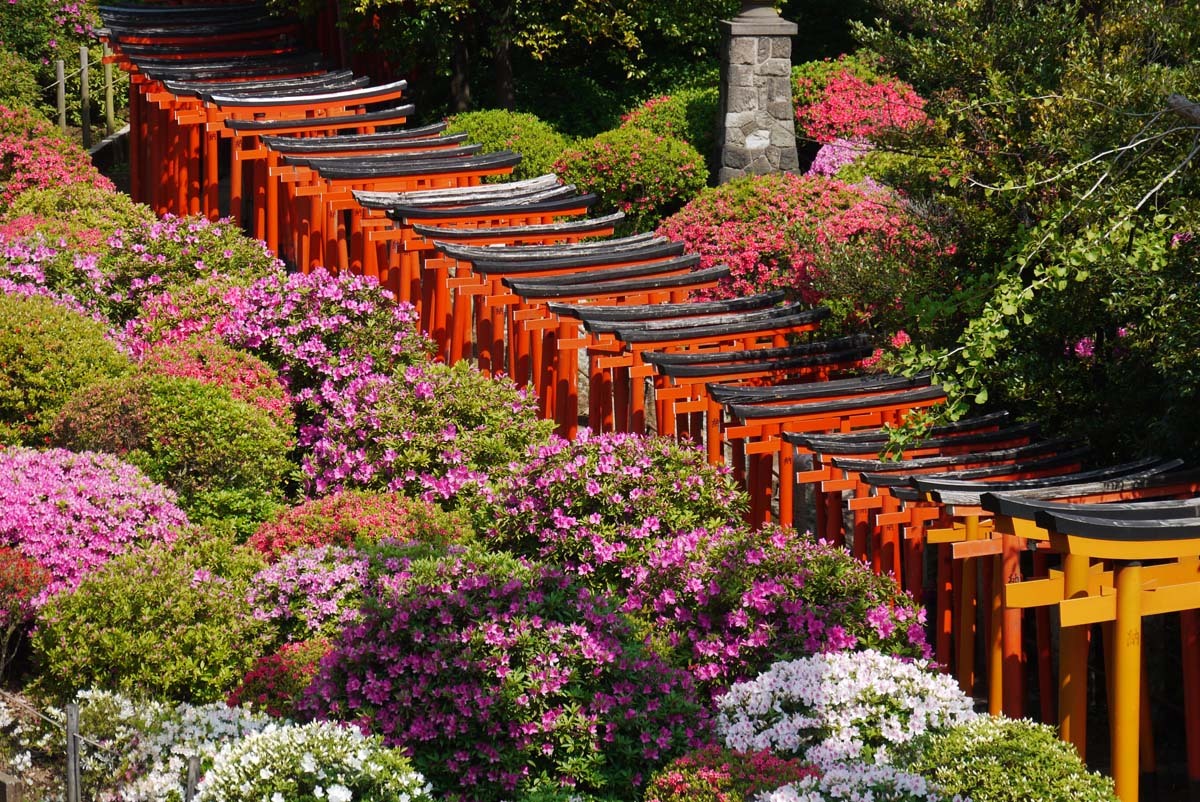 I found the photo which is taken full-bloomed azaleas with torii which I told you in advance. They are so beautiful, aren’t they? If you are planning to travel to Japan from now, I really want you to come a beautiful azalea season from the end of April to the beginning of May.

What do you think about Nezu Shrine?

Here is not so popular for foreign tourists, however, as I told you, this shrine is very beautiful contrast with azaleas and torii.

And also, here is kind of close to Ueno where many sigh spots gathered, and there are many spots where you can feel Japanese atmosphere, so you must visit here on the way to take a walk around shitamachi area.