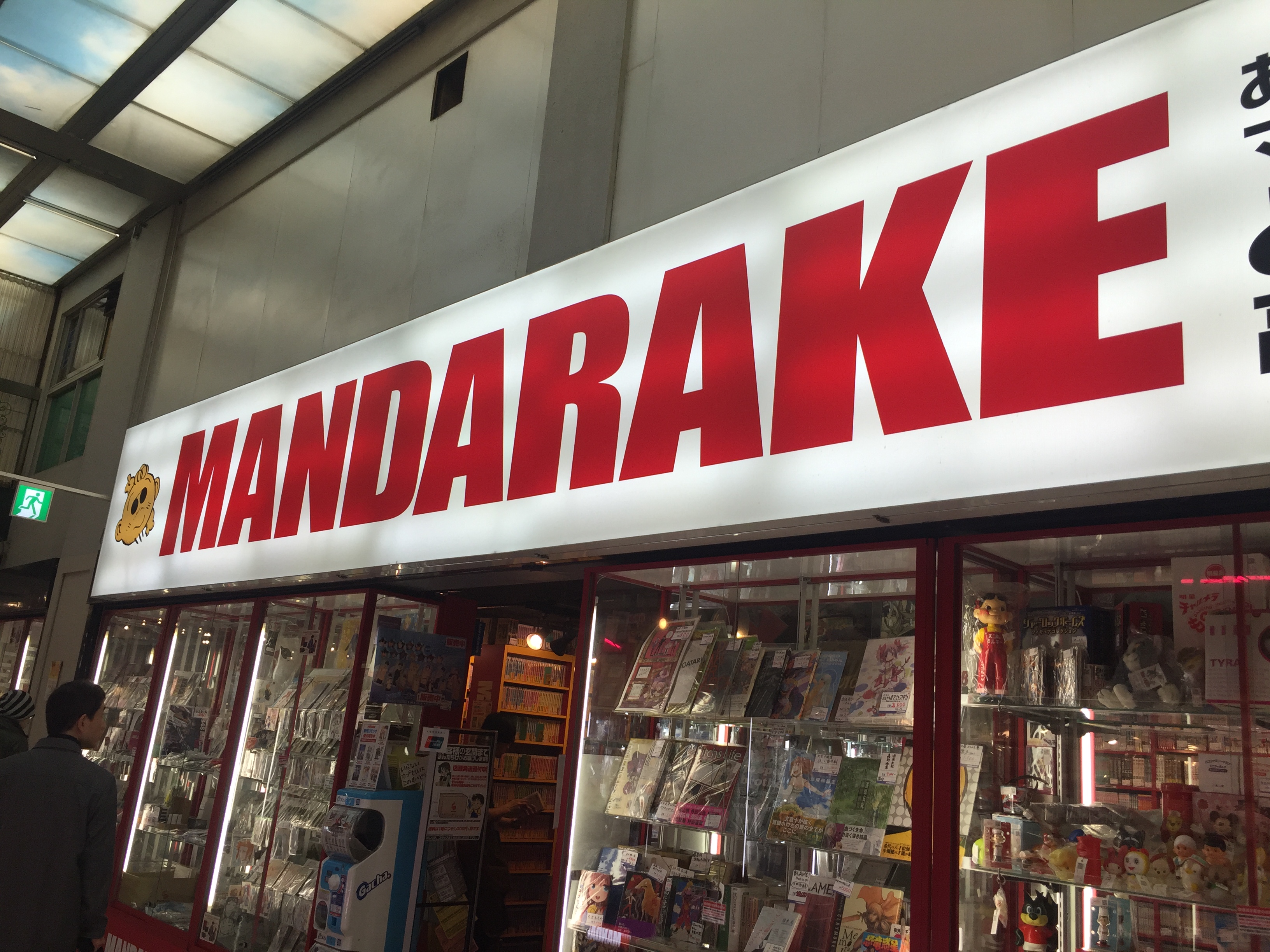 When you first visted Tokyo, you must be excited with very high Skytree or many highscrapers which are just like the city spaces in near future to watch in movies or animes, I suppose. If you visited Akihabara or Ikebukuro, you might feel enthusiastic OTAKU culture, and if you visited Harajuku or Shibuya, you might feel kawaii (cool&cute) culture, I guess.
Tokyo has various faces. MANDARAKE Nakano , I will introduce now, is my selected Japanese MANGA & Anime shop for the people who are eager to them, because this shop offers hundreds of unusual toys to make you think of Showa era(1926～1989) and also popular MANGA today. Now, let’s go inside! 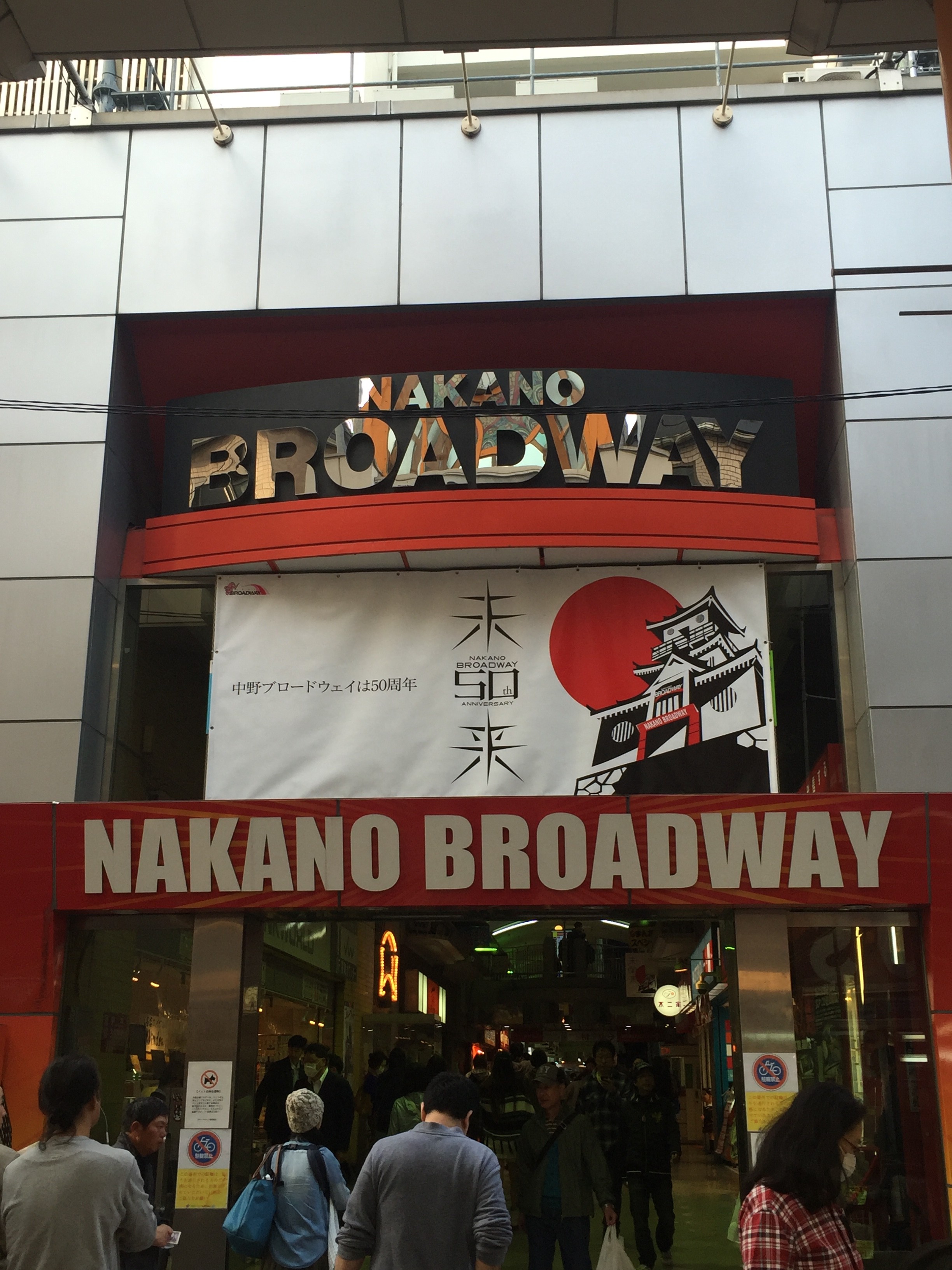 MANDARAKE Nakano owns many tenant shops from the 1st floor to the 4th floor in NAKANO BROADWAY which is a mecca of OTAKU and subculture. Each floor has each theme so that you can look around easily. 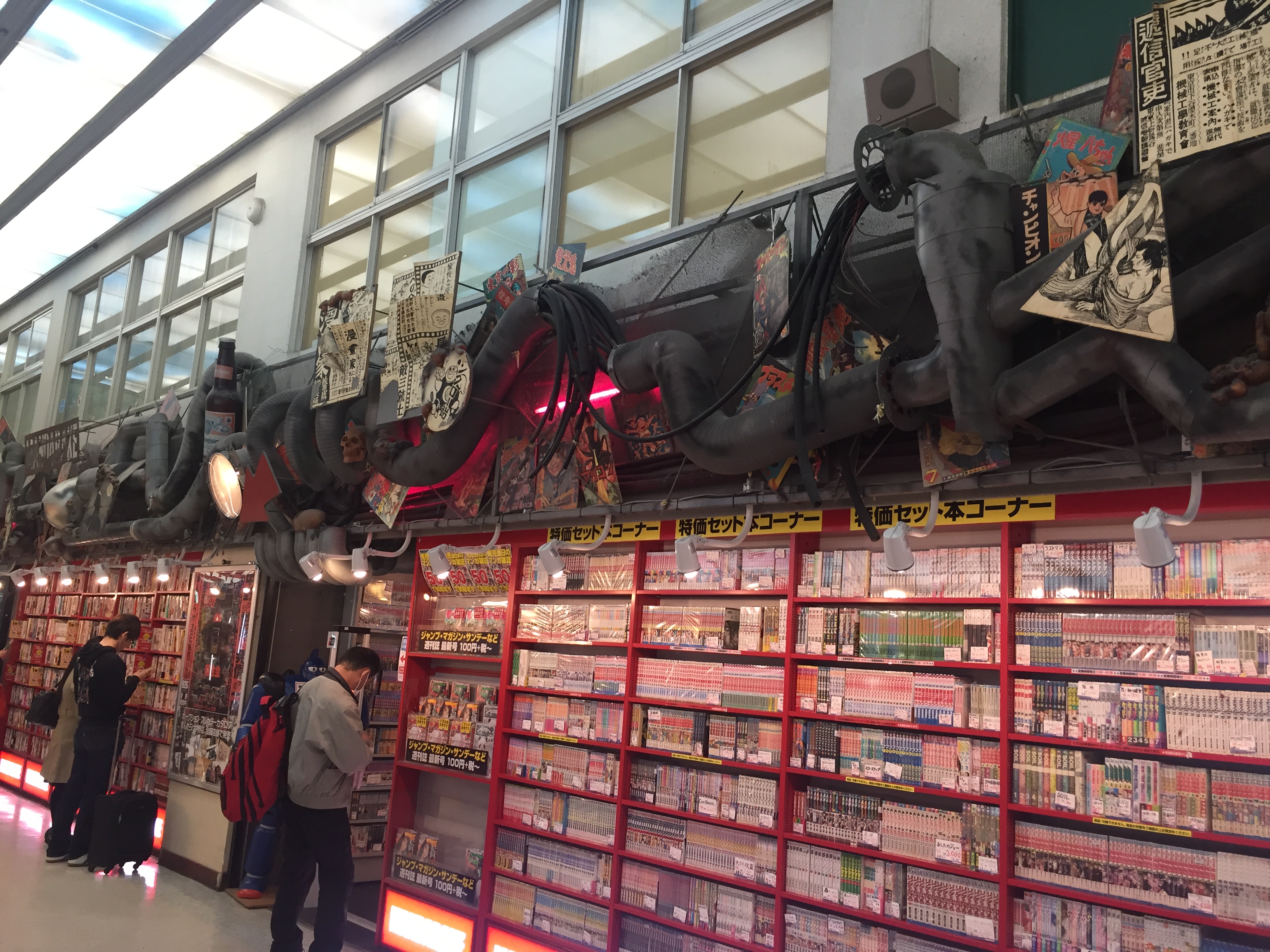 This is a tenant shop that specializes in MANGA. The objets d’art on the bookshelves give you a peculiar atmosphere. 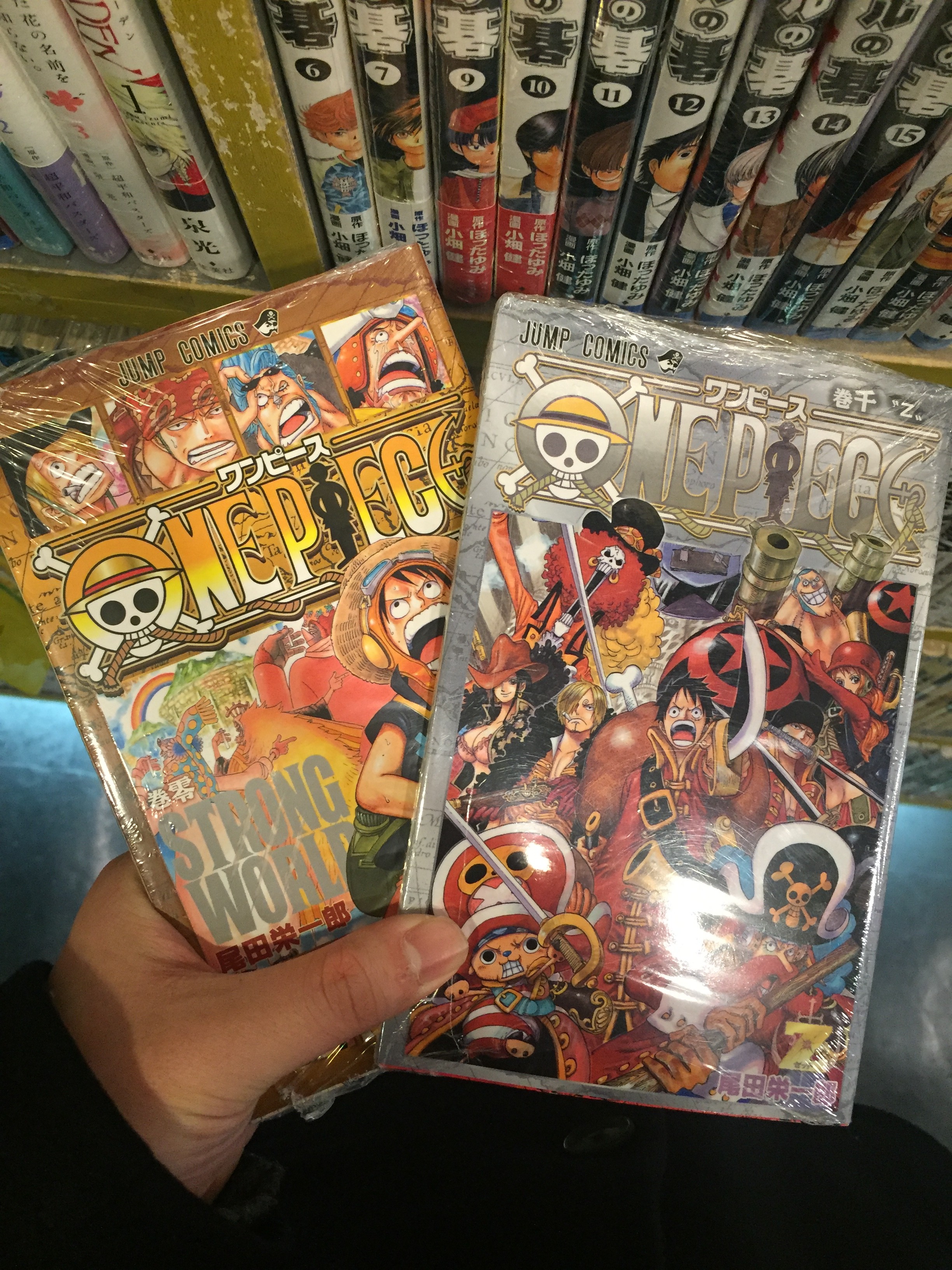 As for only MANGA, you can see so many kinds. You can find any kinds of goods such as MANGA in Showa era, Heisei era (now), goods not on sale, and limited goods. The picture above is my favorite MANGA‘ONEPIECE’which is not on sale. I’m so happy to be now able to read MANGA which I was not at that time. 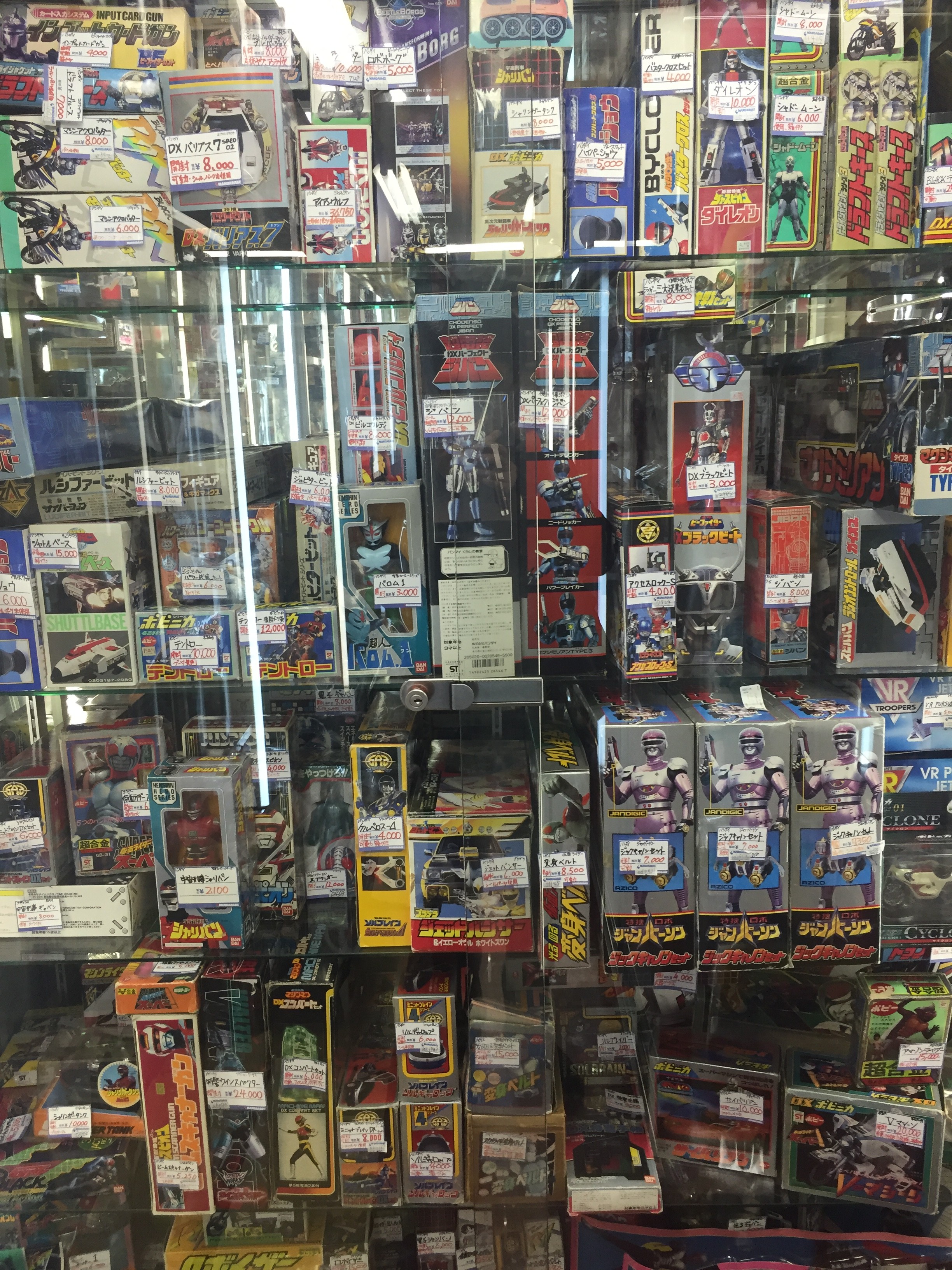 At the tenant shop that deals with specializes in FIGURE DOLLS, you can see lots of ones which were popular from Showa era to Heisei era, and here is definitely a paradise for the fans. Since MANDARAKE has many shops to deal with FIGURE DOLLS, more than a half number of the customers were foreign tourists. The foreign staff is always helps you so you can enjoy shopping at ease. 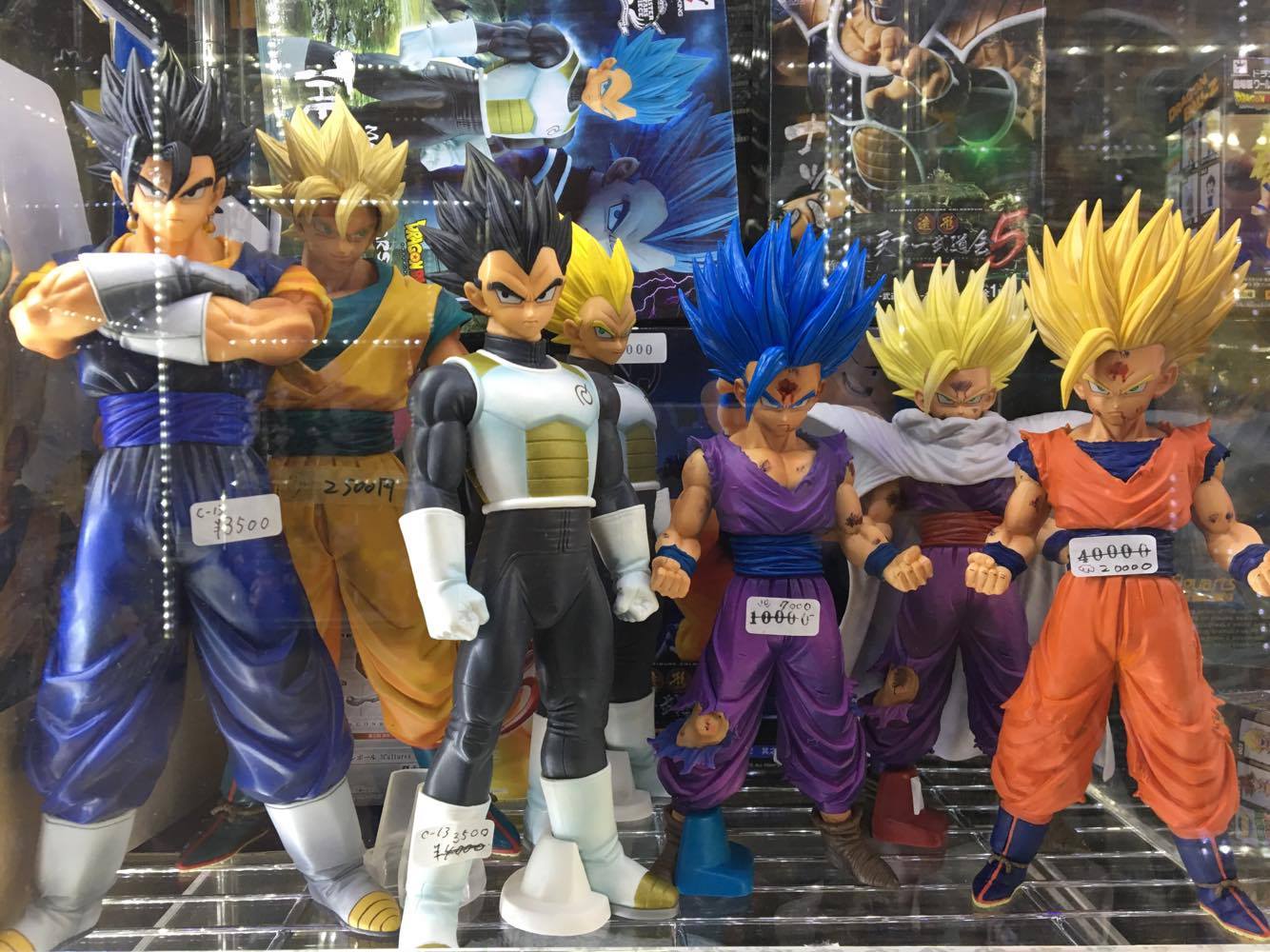 These are FIGURE DOLLs of ‘DRAGONBALL.’ When I was a child, I loved them, too. I am surprised at the elaboration of the dolls as if they have come out of the MANGA world themselves. The serial story itself ended in 1995; nevertheless this is still the representative and popular MANGA in Japan. 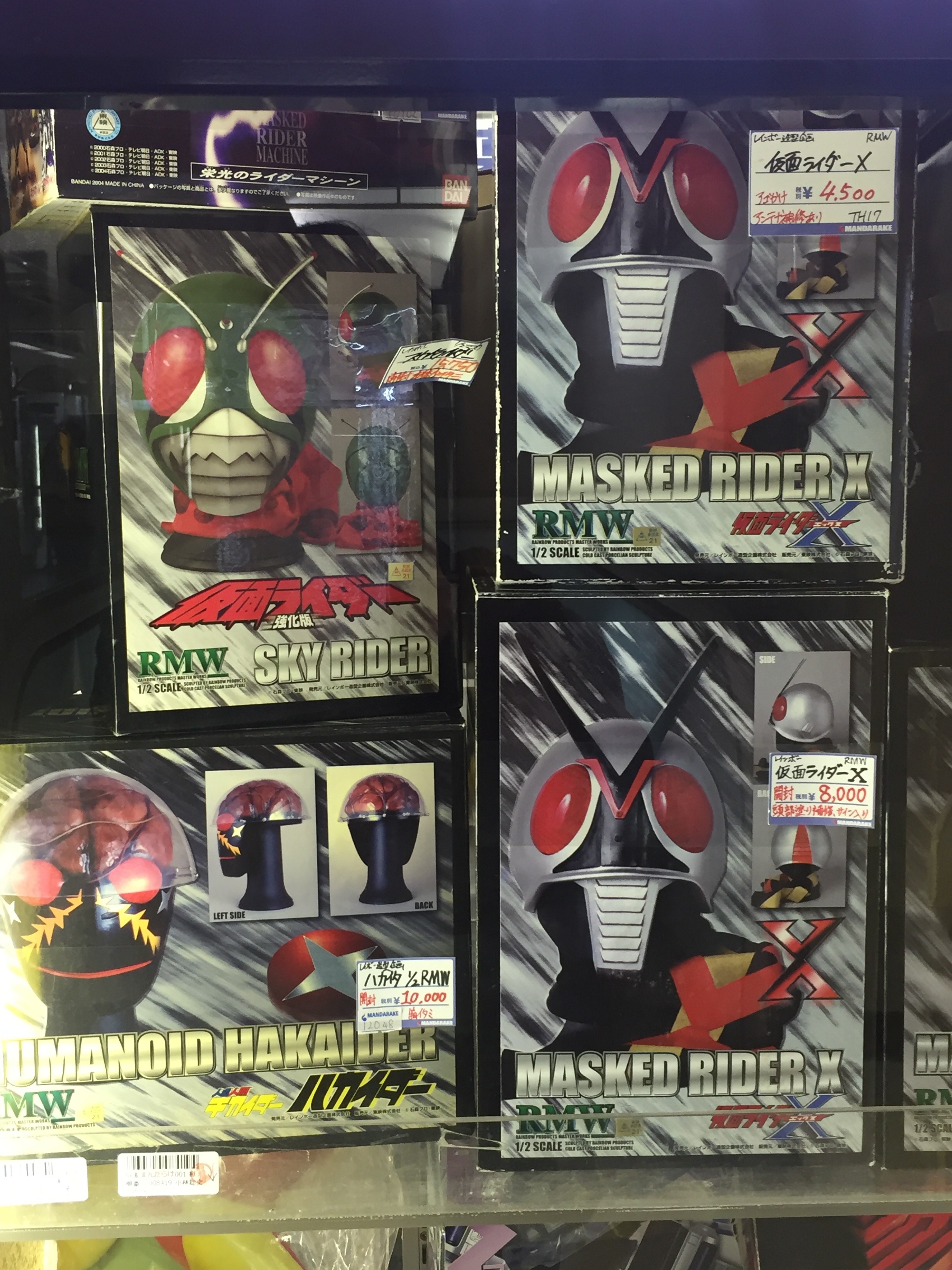 They are toys of KAMEN RIDER X on the show in 1974. In the shop, also there are such many nostalgic toys that used to be popular in Showa era. 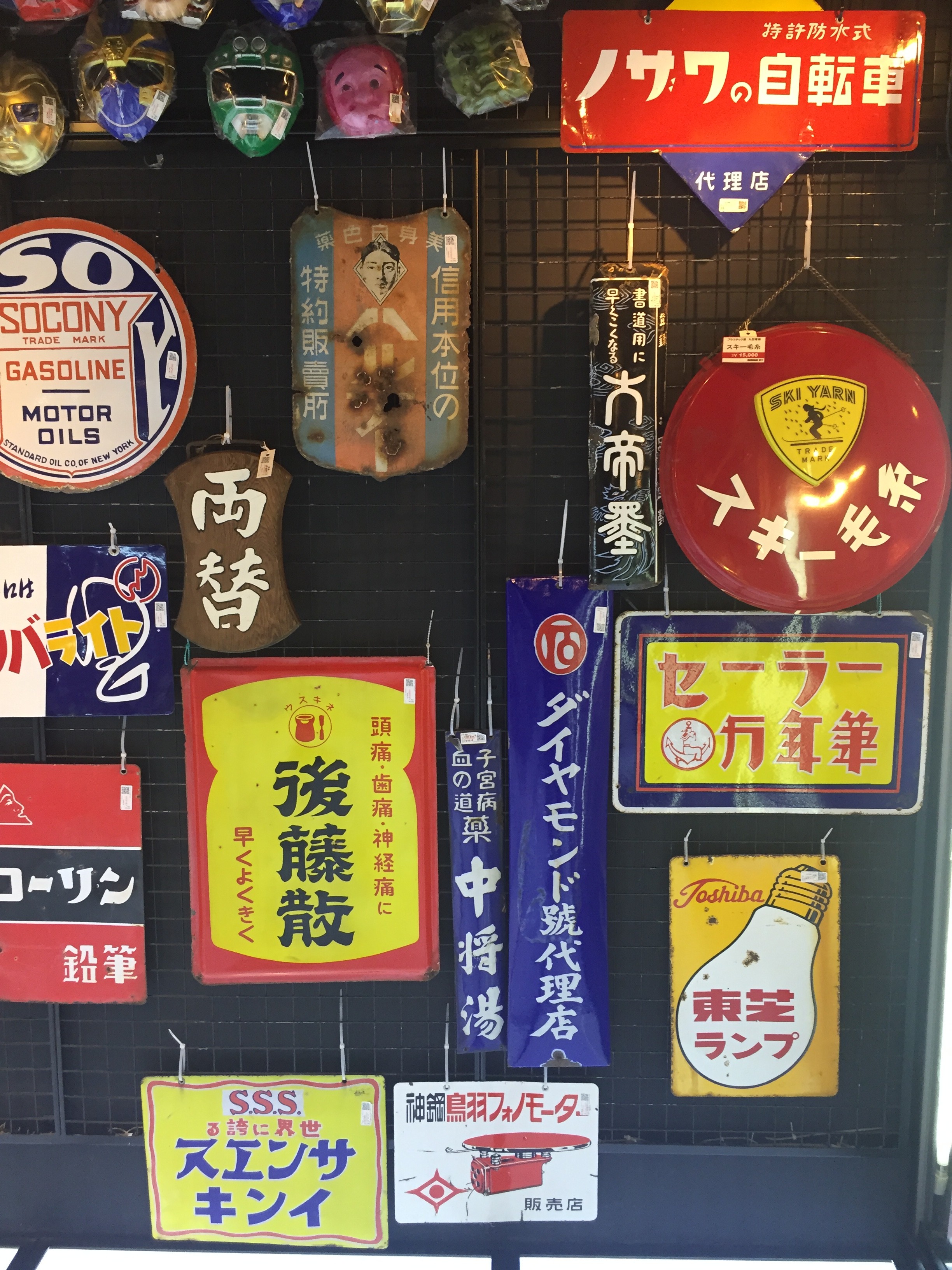 They are old signboards that make you feel Showa era’s nostalgic atmosphere. You can feel different compared with present Japan.
What do you think about MANDARAKE Nakano? I definitely would like to recommend this shop to the people who want to feel different compared with contemporary Japan or who want to get enthusiastic MANGAs or FIGURE DOLLS because this shop give us the atmosphere of Showa era in Japan. In addition There are thousand of shops for the OTAKU people or the people who love subculture in NAKANO BROADWAY .
Why don’t you visit MANDARAKE Nakano once?

KIDDY LAND HARAJUKU：Must-see! A Selected Character Shop filled with the full-fascinated goods
CUPNOODLES MUSEUM：The interactive popular museum where even families with children can enjoy very much